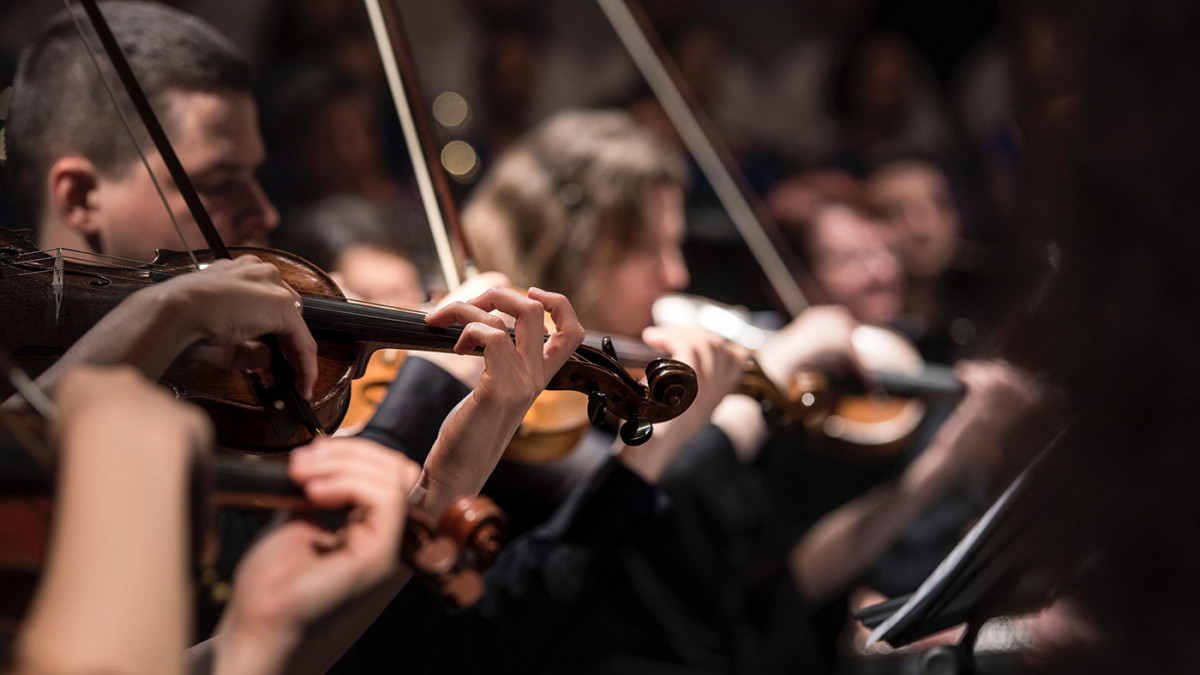 Now premiering on a stage near you! A creative catalyst since 1990, the Utah Arts Festival’s annual commissions for chamber music and jazz demonstrate a distinguished history of supporting new work to encourage original performance art for all.

Resonant Machines is a set of six character pieces that illustrate the clunky mechanisms of appliances, toys, and vehicles. Percussive noise combines with bright, pure harmonies to create fantastical depictions of familiar objects. In “Exhaust Fan,” “Music Box,” and “Hydraulic Pump,” we hear a depiction of faulty machines, that initiate, break down, and reset. The two movements titled “Cogs” are interludes that follow a simple paradigm: each instrument plays limited material, entering one at a time, ultimately accumulating into a complex musical texture. The final movement, “Locomotion,” begins heavily and gradually accelerates to a blazing finale.

Theo Chandler is a Houston-based composer, currently pursuing his Doctorate of Musical Arts at the Rice University Shepherd School of Music, studying with Pierre Jalbert. Chandler is the recipient of the SCI/ASCAP Graduate Commission, the American Prize for Vocal Chamber Music, the Lili Boulanger Memorial Fund Award, the Charles Ives Scholarship from the Academy of Arts and Letters, the Graduate Music Award from the Presser Foundation, and a Morton Gould Award from ASCAP. He was selected as a winner of Juilliard's Orchestra Competition, Juilliard's Gena Raps Competition, the New Juilliard Ensemble Competition, the Maryland Wind Festival Call for Scores, and was runner up for the RED NOTE New Music Festival Chamber Music Competition.

Commissioned by the Utah Arts Festival, Bien is inspired by the Coronavirus and its surroundings. The piece is in a single movement, with four distinct sections: A wonder world of virus, March and battles of virus, Elegy, and A brighter world. The first section starts with a polyphonic texture created by intertwined scalar figures and arpeggios, depicting the ethereal world of virus where it flows everywhere. Then, music transitions to the second section which depicts that virus marches to different parts of world and its battles with the surrounding environments. After a violent fight, the third section changes the mood, and an elegy is performed mainly by the strings. In the final section, the world becomes peaceful and harmonious again. Music transforms to a brighter tone to represent a brighter world.

Chiayu-Y Hsu is an active composer of contemporary concert music. She has been interested in deriving inspirations from different materials, such as poems, myths, and images. Particularly, however, it is the combination of Chinese elements and western techniques that is a hallmark of her music.

Her career has been burgeoning with a remarkable number of commissions. In March 2014, her Shank Ko, received its Asia premiere by the National Taiwan Symphony Orchestra. Shan Ko was the winning work of Lynn University’s international call for scores and premiered under the baton of Maestro Gunther Schuller. The piece was also selected by the EarShot program and read by the Nashville Symphony under the baton of Maestro Giancarlo Guerrero in April 2010.

Chiayu has received numerous awards and honors for her compositional endeavors. In 2013, Journey to the West, was the winner of the IAWM Search for New Music and was featured in the fall 2013 issue of the IAWM journal. Shui Diao Ge To, composed for the 2004 Milestones Festival, received a 2005 ASCAP Morton Gould Young Composer’s Award.

Born in Banciao, Taiwan, Chiayu is an associate professor of composition at UW-Eau Claire. She has received her Bachelor of Music from the Curtis Institute of Music, Master’s degree and Artist Diploma from Yale School of Music, and Ph.D. from Duke University. She has been in different residencies in the United States and Europe.

Commissioned by renowned American flutist, Jonathan Keeble, icarus received its world premiere at the 2001 National Convention of the National Flute Association (NFA), in Dallas; the European premiere was given later that same year at the Örebro International Flute Festival, in Sweden. Keeble went on to commission Prior’s Call of the Sirens for flute and harp, and the Concerto for Flute and Orchestra, featured at the NFA’s 2019 National Convention Concerto Gala Concert at Abravanel Hall, Salt Lake City.

Prior’s work draws upon sections of Ovid’s Metamorphoses that he entitles Tableaux I, II and III. The music portrays the legend of Icarus who, disregarding his father Daedelus’ warnings and in a state of ecstasy while escaping from exile and captivity, flies too close to the sun and falls, as the wax melts from his earthly-fashioned wings.

His performances have been lauded in the professional press as having “stirring conviction,” “precision,” and “stylishness and flexibility,” with articles citing the “meteoric rise” of orchestras under his direction. Prior is currently Director of Orchestral Studies at Emory University where he conducts the University and Youth Symphonies and is also Music Director and Conductor of the Rome Symphony Orchestra. He holds the both the Edward Goodwin Scruggs Conducting Chair (Emory) and the Georgia Power Conducting Chair (Rome). Highly active as a composer, his music has been performed, recorded, and broadcast widely in Europe and North America.

About Leroy Robertson and his compositions:

Composer and educator Leroy Robertson was born on December 21, 1896 in Fountain Green, Utah. His daughter, Marian Robertson Wilson, in her biography of her father relays how, as a young boy, Leroy had an early talent for playing by ear on the family organ. During these hours of amusement he also spun out his own tunes. At the age of ten, Leroy crafted a violin out of objects found on the family farm: a cigar box, wood, and some of his mother’s embroidery thread; the hairs for the whittled bow came from one of the farm mares. In this manner, Leroy grew up, balancing his farm work and herding of the sheep with his passion and drive to create and make music. In the rural Utah town where he grew up there weren’t many opportunities for structured music study. But, Leroy made his own opportunities, just as he had fashioned his own violin.

After completing high school, Leroy headed east to study with George Whitefield Chadwick at New England Conservatory. Other influential teachers in the United States and Europe included Ernest Bloch, Hugo Leichtentritt, and Arnold Schoenberg. Robertson received his B.A. and M.A. degrees from Brigham Young University and Ph.D. degree from the University of Southern California. He was chairman of the music department at Brigham Young University from 1925 to 1948 and at the University of Utah from 1948 to 1962.

While chair of the Department of Music at the University of Utah, Robertson worked closely with Maurice Abravanel to make a home for the Utah Symphony on campus, forming a stimulating partnership that laid the foundation for the growth of musical culture within the local and larger community of the state of Utah and the Intermountain West.

"Three-thirty on Thursday" by Steve Erickson 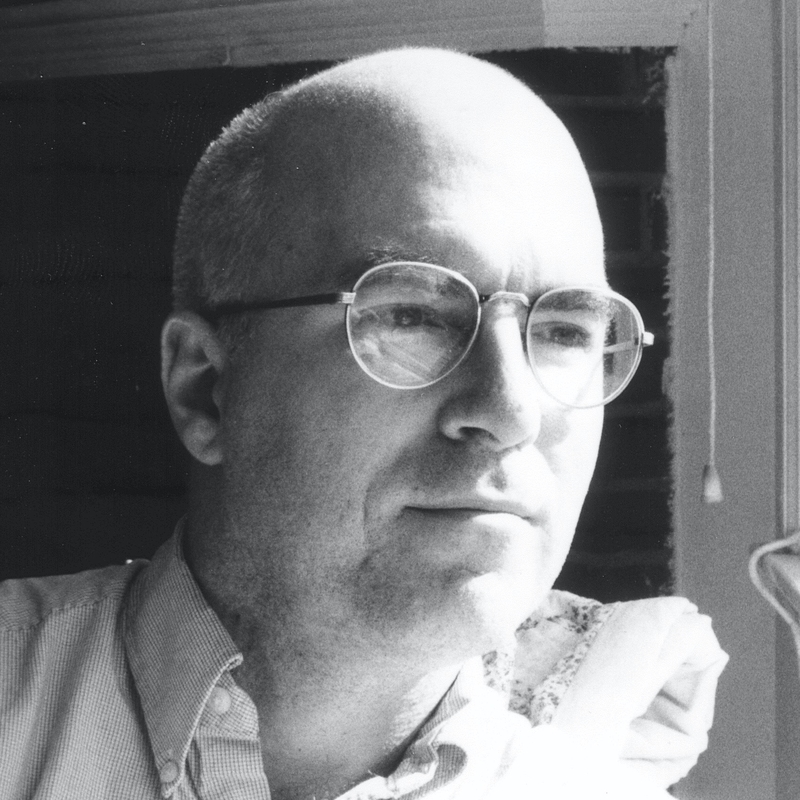 Steve Erickson is originally from Lethbridge, Alberta, Canada. He is an accomplished pianist, arranger and composer in both the classical and jazz styles. Steve studied piano performance at Brigham Young University (BMus 1987), Rice University (MMus 1992), and the University of Kansas.

He served as the director of jazz studies at Truman State University from 1996 to 1997. He then joined the US Air Force, performing with Air Force Bands for 20 years, including 18 years with the premier jazz ensemble of the Air Force, “The Airmen of Note.”

Since retiring from the military in 2017, Steve has taken positions as adjunct faculty member at Utah Valley University, Brigham Young University, and Snow College, and is a private teacher and freelance musician in the Salt Lake metropolitan area.

The piece is called “Three-thirty on Thursday”

Though this piece is not a Blues, the melodic germ of the piece grows out of a common blues "lick" which is reharmonized and taken in new and unexpected directions. Suspended chords, chromatic shifts and non-functional harmony help create original sounds, but overall the piece avoids going to extremes and stays lighthearted and upbeat. One element of the blues that seems fascinating to me is that the use of a flatted third in blues melodies creates ambiguity as to whether it is really in a major key or minor. I've played on that on that ambiguity, and taken it to unexpected places.

The title has no deep, hidden meanings — it is not a reference to any significant event. Rather, it is more truly focused on the sounds of the words, just like the piece itself is focused on sounds and surprises.

"Acclimation" and "Blues for Courtney" by Tyler Chen 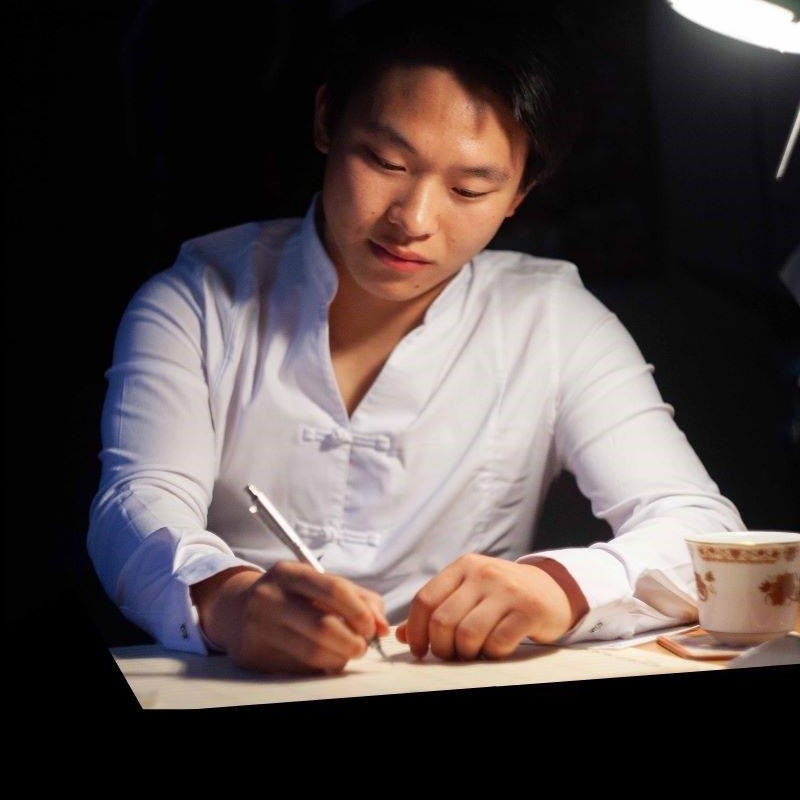 As a drummer, Tyler Chen, for almost 10+ years, has performed around Utah with many music groups. You might have seen him playing in parades with the SLCC marching band, or at the football games with the University of Utah drumline, or in concert halls with the American West Symphony, or with University of Utah Jazz bands, or in bars with his jazz quintet called Sunnyside Avenue. More recently, he had joined Samba Fogo and enjoys learning Brazilian music.

As a composer, Tyler draws a lot of influences from jazz, classical, and pop music and has studied under great musicians such as Kris Johnson, Steve Lyman, Brian Booth, and Courtney Isaiah Smith. He has composed several works for jazz ensembles, jazz small groups and, hip-hop artists.

As an audio engineer, he does a lot of freelance work for many artists and has recorded and produced many of his own and other artists songs.

He graduated in 2020 with his bachelors in Jazz Composition and a certificate in Music Technology at the University of Utah.

Acclimate
Verb. {ˈa-klə-ˌmāt}
1. To adapt to a new environment or situation

Acclimation is a composition inspired by the summation of my studies in Brazilian music, more specifically in the vein of samba and bossa nova music. It is also the culmination of my studies with all my musical mentors. I am grateful for the tools they have given me to compose musical works. My goal with this piece was to capture samba’s playful and lively melodies and its rich and flavorful harmonies combined with the complexities and intricacies of samba rhythm.

During the writing process, I wanted to capture the changes that are happening in my life up till the end of 2019: Graduating from the University of Utah, dealing with the impacts of COVID-19, and pondering what to do with my future. Before the pandemic, I have made extensive plans of what I was going to do before and after I graduate. Everything from finishing major projects, personal goals, and traveling. However, all of that changed when the Coronavirus hit Utah and I started to see the future becoming bleak. All of my time put into planning and preparation we’re all done in vain and I became hopeless.

Through perseverance and mental fortitude I was able to turn hopelessness into aspiration. I had to change the way I saw the situation and sought out opportunity during this curse rather than drown in my sorrows. What this pandemic taught me was to acclimate. It has taught me that sometimes in order to move forward I have to embrace the changes that are out of my control and adapt my frame of mind.

Blues for Courtney is a tribute to our “unexpected departure” of one of Utah’s musical genius, Courtney Isaiah Smith. Throughout my time in college I was honored enough to get to watch and listen Courtney play the piano, his playing was magical and influencial. At one point, I received the opportunity to take a handful of lessons from Courtney. With our lessons, he would offer a wealth of knowledge and perspective in music that I don't think I would find in textbooks. His approach to harmony was ethereal and understanding of music history profound. Through the culmination of all of the lessons with Courtney I was inspired to write this piece but never gotten the chance to show him. However, I am lucky enough to share this with everyone else. 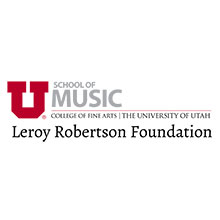 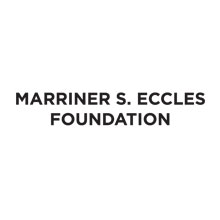 Entry into the Festival or Festival-sponsored events grants permission to the UAF to use images of patrons for promotional purposes.